For this Thing I decided to look deeper into the use of QR Codes in the Media Center.  I did skim the surface of this earlier, planned to go back to explore deeper and have decided to use this “thing” to do so.  I just read an informative article in Knowledge Quest regarding QR Codes in the library and found it very helpful and confirmed a few of my thoughts.  I drafted signs to display in the Media Center to introduce the use of QR Codes.  I created a QR Code for our school website and included that as well as a QR Code for GooodReads. (see attached info flyer)QR Codes    From the article I learned that I can create QR Codes using goo.gl which will allow shortened codes as well as show how many clicks that QR Code has had which will be great info as to the use or lack of use for these QR Codes.  I tried several other QR Code creation tools, however, goo.gl was the only one that I tried that provided tracking of clicks.  I am in the process of creating more codes for my new arrival titles which will link to a summary and review of the book title.  I will attach the QR Code on the spine label of the books which will hopefully help students in their book selection process as well as create a new excitement and encourage more independent reading . Below is the QR Code I created for GoodReads.  (just realized the flyer link did not work…will have to correct this from my work computer as the document is store on my work acct.) 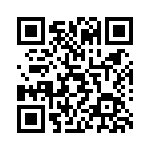 Welcome to your brand new blog!

This is a sidebar and can be changed by going to Appearance > Widgets in your dashboard.